The hidden face in the brooch

In some of the most glittering brooches there are concealed figures that perhaps you haven't noticed before.

The brooches for the beautiful bunads around the country have their origins from a time in which symbols played a major role in everyday life. The symbols had different representations. They were expressed in different ways and were linked to both magic and religious interpretation.

If you look at the back of a so-called face brooch, you will clearly see there is a wreath of face masks. These brooches are also known as Glibb brooches. 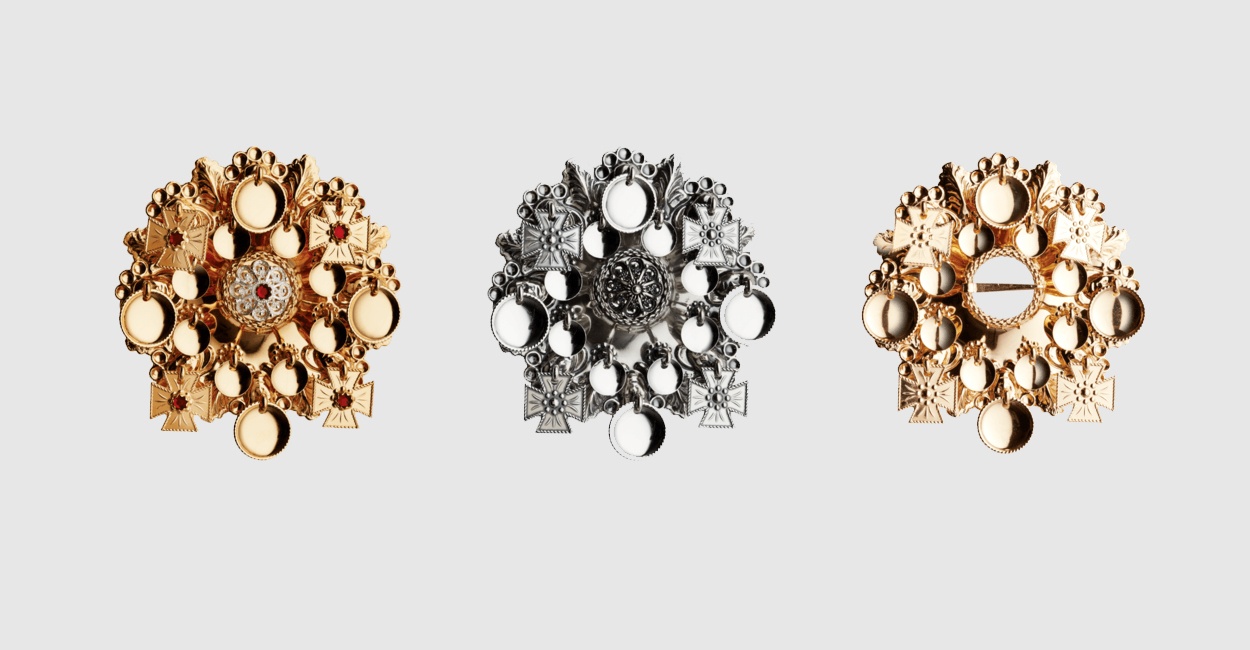 Looking for a brooch? View the selection here

Glibb is actually the name of the decorative element of human or animal masks ands originates from pre-Christian times. They could often look scary, with large protruding eyes, a wide nose and large mouth with carnivorous-looking teeth.

Facial figures were not only found on national costume silver but also, for example, on tools, sleds, stave churches and other buildings.

And of course not without reason. These figures had both a magical meaning and a protective function. They scared away the dark and cold forces and paved the way for the light.

The face brooches, as we know them today, first appeared in the early 1800s among goldsmiths in Bergen. They spread further from here to different parts of the country and have been found in Hallingdal and Numedal, as well as northwards in Sami areas. Despite this, they also go by the name 'Vestland brooch' because they are primarily used on national costumes from Western Norway, such as Voss and Hardanger.

Facial motifs are also found on the eyelets for the beautiful Fusa bunad.